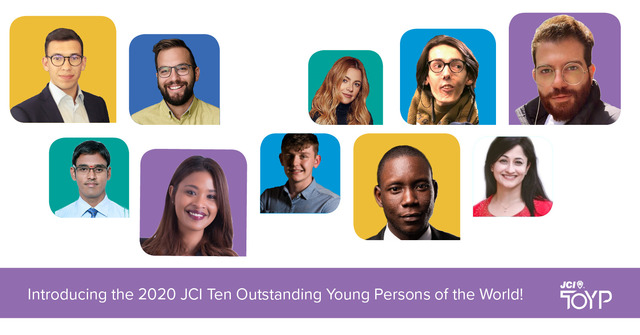 JCI’s Ten Outstanding Young Persons of the World (TOYP) award honors ten incredible young leaders under the age of 40 each year. These individuals exemplify the spirit of the JCI Mission and have extraordinary accomplishments regarding individual development, business and entrepreneurship, community action and international cooperation.

Along with the final judging panel, JCI members and friends around the world voted online to select the 2020 JCI TOYP Honorees. The final judging panel was comprised of 2020 JCI President Itai Manyere; Global Youth Empowerment Fund, Board Chair Anthony Parkes; JCI Ambassador and Chairman of the WBAF Board of Directors, Baybars Altuntas; and Monika Froehler, CEO, Ban Ki-Moon Centre. After a record breaking 77,206 votes were cast and the judging panel reviewed the top 20 finalists, ten young active citizens have been selected to receive this honor for exceptional service, creativity and the positive change they have created.

Akash Chourasiya left his dreams of becoming a doctor behind to focus on saving the environment through sustainable farming. Now, people call him the “Doctor of Agriculture.” After some research, he successfully developed two-layer, three-layer, four-layer and five-layer farming models. To date, 55,000 farmers in 22 countries have been trained in sustainable five-layer farming. Mr. Chourasiya is a leader in agro entrepreneurship, and he has encouraged many young people to take an interest in sustainable farming. His energetic and unstoppable personality pushes him to think of solutions not only for his own country, but for the whole world, not only for humans, but for all of creation.

Johana Bahamón Gómez began her career as an actress but realized she had a greater calling and stepped away from the screen to dedicate her time to the prison population. In 2013, she created Acción Interno Foundation (Internal Action Foundation) to transform, reclaim and reconcile the prison population with civil society. The organization has since completed 31 interventions, reaching 40,000 inmates. She has continued to push the boundaries as an advocate for inmates, founding and creating INTERNO, the first restaurant open to the public in a women’s prison, as well as AGENCIA INTERNA, the first publicity agency inside a men’s prison. Ms. Bahamón Gómez inspires many through her belief in freedom and the immense power of second chances.

Aaron Hannon began his medical device innovation journey designing a voice-controlled automatic shaving device for his grandfather, who suffered from severe post-stroke paralysis. Mr. Hannon later co-founded Lily Devices, a start-up that designed a comfortable and elegant device to prevent hair loss from chemotherapy using electrical stimulation techniques. Recently, he has led two multidisciplinary teams to develop a solution for open-sourced, low cost ventilators for patients battling COVID-19. Mr. Hannon uses his design, engineering and entrepreneurship background to always keep patients at the center of the design process and improve their quality of life. His motto is “work hard enough, dream big enough, and anything can happen.”

George Marrash’s volunteer work with the Syrian Arab Red Crescent inspired him to continue serving others. He joined Mobaderoon, bringing young people together from diverse backgrounds to improve their communities. Mr. Marrash later founded LINKED by Humanity and the Global Youth Leadership Council to create a greater combined social impact. Currently in London to study Global Health and Social Justice, he is starting a new organization in the UK that will bring newcomers and locals together to create a more peaceful community. Mr. Marrash actively uses his platform on social media to promote Syria in a positive light, serving as a beacon of hope and proponent of young leaders in Syria and around the world.

Melene Cynthia Rossouw has always dreamed boldly and acted in accordance to her convictions. In 2017, Ms. Rossouw founded the Women Lead Movement with no external funding in order to promote leadership and self-confidence in women and girls, provide tools and strategies to eradicate gender-based violence and increase participation of women in community structures and local government. Despite the obstacles she has had to overcome, the Women Lead Movement has reached more than 2000 women, girls and young men in schools and communities. Ms. Rossouw sees the potential of the organization to expand across the continent in the next ten years and have an extraordinary impact on Africa.

Vahid Rajabloo was diagnosed with Spinal Muscular Atrophy and wanted to create a solution enabling people with disabilities to live comfortable, independent lives. With this in mind, he founded Tavanito Technology Company, creating a platform that focused on three fundamental needs: health and medical services, educational services and daily necessities services. Currently, 14,000 people use the Tavanito platform. He is actively involved in his community, organizing wheelchair competitions, speaking at conferences like TEDx, mentoring students and running crowdfunding initiatives to provide technology and equipment to empower people with disabilities. Mr. Rajabloo has worked hard for himself and the community to change the world’s perception of people with disabilities and provide opportunities for independence and freedom.

Dr. Jajini Varghese became one of the few doctors awarded the Cambridge Commonwealth Scholarship. Her research at the University of Cambridge, in collaboration with Harvard University and the Mayo Clinic (USA), identified the mutation in the ZNF365 gene associated with breast cancer, which has global ramifications in women with high breast density. This research has been widely cited in several notable journals. With medical advances, many women live beyond the initial diagnosis of breast cancer. Her current work focuses on providing women as normal a body as possible following their procedure through reconstructive oncoplastic surgery. She delights in trying new things and constantly innovates.

Mihai Toader-Pasti prioritizes an interdisciplinary approach to creating solutions around the built environment and energy. He co-founded and managed energiaTa, an ambitious project with a mission to make household energy production and feed-in a possibility for every Romanian. They eventually succeeded in changing the law, creating Romania’s first energy prosumers community. From there, Mr. Toader-Pasti co-founded and managed EFdeN and helped lead the EFdeN Sustainable City project, Romania’s first pilot sustainable city. He believes creating a better world requires great courageous action, but also many smaller actions that can be done by all of us. Change begins with the smallest intentions for the benefit of the community.

At the age of twenty-two, Wassim Dhaouadi solved a physics problem that had remained a mystery for more than 100 years. As a bachelor’s student at École polytechnique fédérale de Lausanne, he was able to observe phenomena that would ultimately lead to his discovery - why gas bubbles in narrow vertical tubes remain stuck instead of rising upwards. The discovery was considered a breakthrough in the earth sciences field and made headlines across the world. Mr. Dhaouadi’s curiosity allowed for new opportunities like CO2 and greenhouse gas capture and storage, a promising method to stop climate change. His story inspires innovators of all ages and career stages to continue making valuable contributions and expanding the horizons of human knowledge.

Aboudou Walid Agro has made it his mission to serve others in a variety of roles. He founded the English Impact Benin Club and the Academy of Leadership and Civic Engagement to promote quality education throughout Benin and has impacted more than 15,000 Beninese. His books, The Beninese Dream and No, I Refuse, propose solutions to Benin’s most pressing socio-political, economic and humanitarian problems. Mr. Agro currently serves as the Publishing Director of the Leadership and Civic Engagement Journal, the only Beninese newspaper dedicated specifically to civic leadership, non-profit and NGO projects. He is convinced “the happiest are those who are serving others,” and makes his daily life an opportunity to help others be happy. 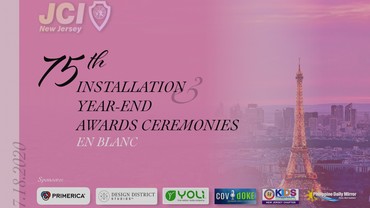 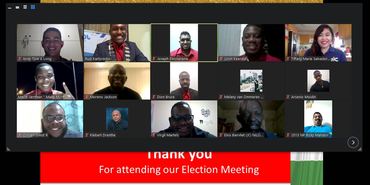