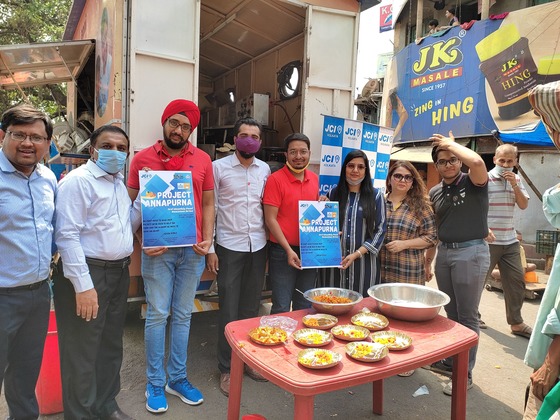 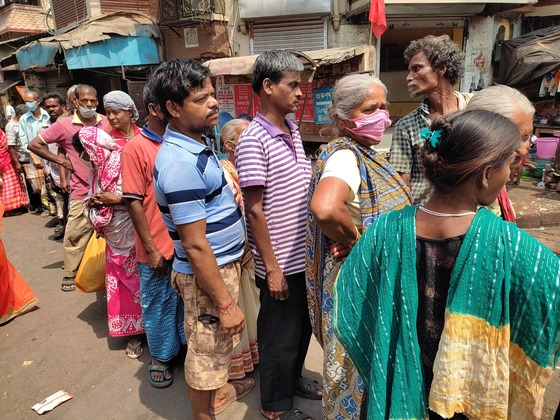 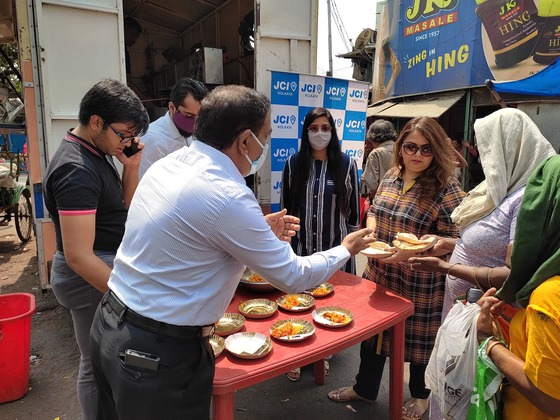 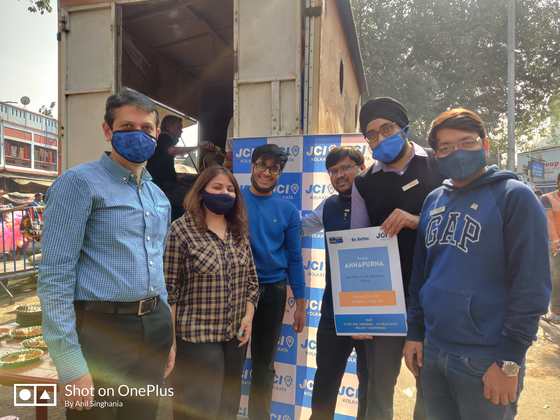 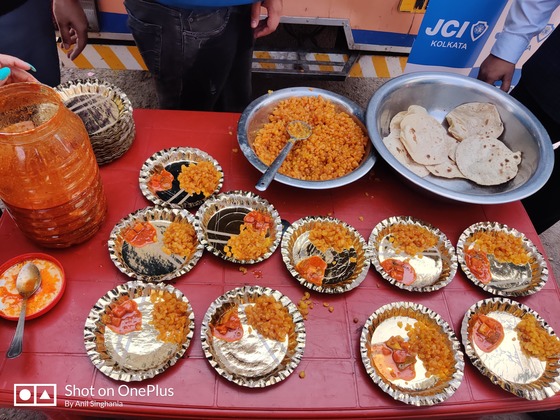 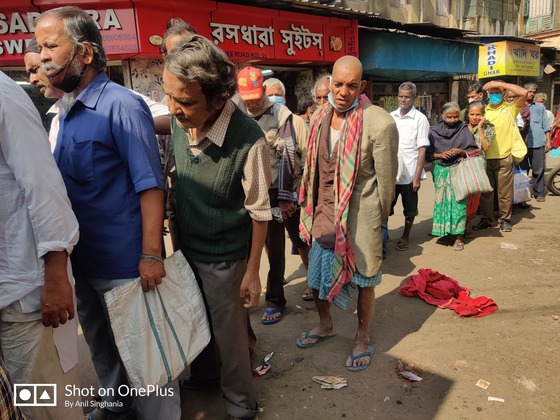 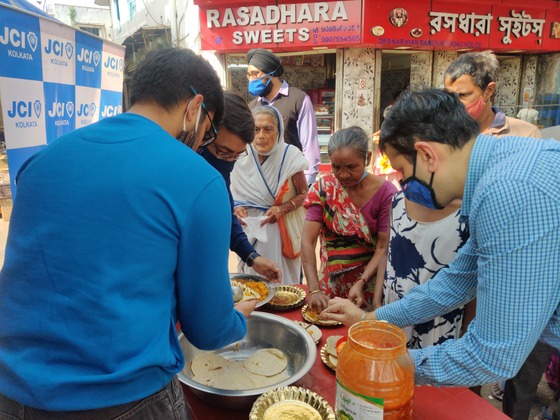 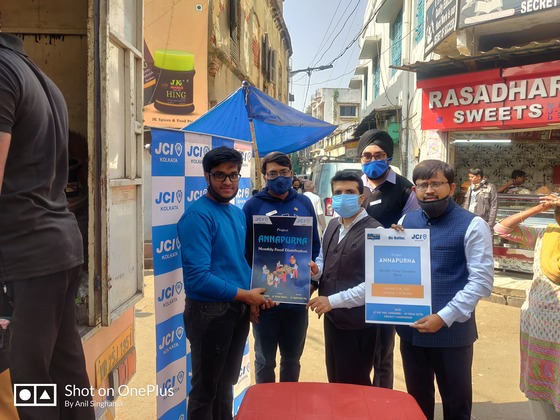 Lack of solid housing and food/water supply in various districts of West Bengal.

The project had a clear purpose and vision to not let anybody sleep hunger..

JCI Kolkata made a permanent Project by the name of Project "Annapurna" - where in it pledged to feed over 6000 people in the year 2021 under UNSDG 2 - Zero Hunger. Hot Chapatis right from the machines came out and placed on the plate with Pickle, Sabji and sweets and was feed to the poor.
The project was done on a monthly basis. Every month a minimum of 500 plus people were fed.
The project in month of February witness the presence of President of JCI Khetasarai Sanskaar & Secretary of JCI Shahgunj Sanskaar where they themselves fed the poor. They complemented very much of the initiative and said to start it in their LOM as well.
Along with that the project in the month of May witness the presence of Secretary of JCI Gorkhapur Swaraj. She was highly impressed with the initiative promised to serve the community from the grass root level.
In the month of July the National President JCI Rakhi Jain ma'am visited the Lom and saw the live video feed of the food distribution being done along with the Zone President, Zone Vice President and the tour coordinator and much appreciate the efforts.
The project is now done on a regular basis and live facebook live video is done. The project itself is now known by the entire Zone III and it has helped many LOM's adopt the same. Being a permanent project of the LOM it will continue in the years to come as well.
Apart from Project Annapurna - JCI Kolkata started with another permanent project by the name of "Silent Supporter" - wherein middle class families who suffered during the pandemic where given one month free supply of ration keeping their identity confidential. The delivery of groceries were done at the door steps and they would hardly know where it came from. The project was done permanent during the National President Ma'am visit. In addition to the groceries JCI Kolkata helped these families get some job so that they can feed themselves lifetime. Numerous Testimonials and appreciations came from the beneficiaries.
This year was tough for all of us but we made sure nobody slept empty stomach since nobody could ever be poor by giving.

JCI Kolkata has achieve to reach over 6000 people in the calendar year 2021.

With a vision to make sure nobody sleeps hungry JCI Kolkata made Project Annapurna a permanent project and fed mre than 500 people each month.

The year has been tough for most of us but with a little help to one another we can make the diffrence.

If we all pledge to feed just one person that there will be no person left hungry in the entire planet. Let us together come forward and make a difference and actually make it a zero hunger world.