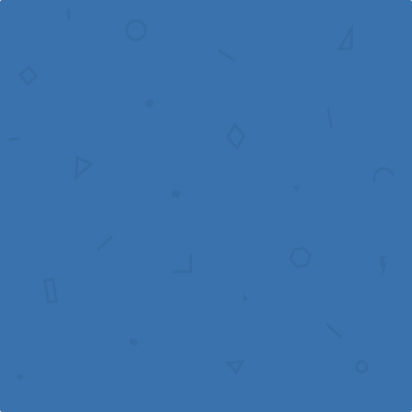 The city of Odawara is located at the southwestern tip of Kanagawa Prefecture, and centered on the Ashigara Plain where the Sakawa River flows, with the Soga Hills, the southwestern edge of the Oiso Hills, to the east and the outer ring of Mt. Hakone in the west.

Facing Sagami Bay to the south, Odawara flourished as a castle town of the warlord Hojo Odawara during the Warring States period, and as a post town on the Tokaido Highway in the Edo period (1603-1868). Odawara was the ninth post town on the old Tokaido Highway, which started from Nihonbashi, and was an important post town for feudal lords and travelers who were preparing to cross the Hakone River. Odawara Castle was the first castle on the road after leaving Edo.

It is believed that Odawara Castle was first built in the middle of the 15th century. After becoming Hojo Odawara’s residence around 1500, the castle was gradually expanded and improved as the central base for the control of the Kanto region. When the entire structure surrounding the castle was completed, in preparation for the arrival of Toyotomi Hideyoshi, the castle reached its maximum size and developed into the largest medieval castle in Japan.

In the Edo period, Odawara Castle came under the control of Tokugawa Ieyasu, and played an important role until the end of the period, as a strategic point for the defense of the Kanto region, with Hakone in the foreground, and as a residence for the feudal lords who supported the shogunate system.

However, Odawara Castle was abandoned in 1898, most of the buildings were demolished, and the remaining stone walls were completely destroyed in the Great Kanto Earthquake of 1923.

Today, the ruins of Odawara Castle, including most of the Honmaru and Ninomaru areas and part of the overall structure, are designated as a national historic site, and the area around the main circle has been developed as a "castle park," which is still loved by people as a symbol of Odawara.

As Odawara prospered as a post town, it also developed its own cuisine and preserved foods. In those days, when transportation was inconvenient, it was difficult to supply fresh fish to Hakone. Therefore, kamaboko, which is easy to preserve, was introduced to the area. It is said that the production of kamaboko began to flourish in Odawara about 220 years ago, during the reign of Tadanobu Okubo, the lord of Odawara Castle. At that time, Odawara had a thriving coastal fishing industry, a lot of fish were caught, and Odawara Kamaboko was born as a way to preserve this fish. Odawara was blessed with abundant fish and water, which were essential for making kamaboko.

Odawara Kamaboko was also appreciated by the daimyo (feudal lords) who passed through Hakone, so the craftsmen worked hard to improve their skills. The taste of Odawara Kamaboko, which continues to be praised even today, was created in this way, and spread throughout Japan by word of mouth.

Odawara lanterns were also used by the travelers who were about to cross the Hakone River. The Odawara lantern was invented by Jinzaemon, a craftsman living in the area, to make it convenient for travelers to carry. The lantern can be folded into a small bellows shape for convenient carrying, and its flat frame makes it strong and durable, resistant to rain and fog, and inexpensive. Currently, the number of craftsmen who can make Odawara lanterns has been becoming less and less, but you can still see a giant Odawara lantern at the JR Odawara Station.

The town of Hakone

Hakone-cho is an old hot spring town where the Hakone-Seki was located in the Edo period. The town became known for its hot springs after Toyotomi Hideyoshi's conquest of Odawara, and it is said that when the warriors he gathered from all over Japan to attack the vast Odawara Castle found themselves lodged there for an extended period, they bathed in the hot springs to while away the time.

During the Edo period, the area prospered as a hot spring along the Tokaido Highway, one of the five highways of Japan, and was known as the "Seven Hot Springs of Hakone” which, at that time, were Yumoto, Tonosawa, Dogashima, Miyanoshita, Soko-kura, Kiga, and Ashinoyu. In some cases, the baths were called "Hakone Hachi-yu" (eight hot springs), including the baths of Ashinoko, which opened long ago but which were far off the main road.

Hakone-Sekisho, located on the shore of Lake Ashinoko, was established to monitor the Tokaido highway, the first major road in the Edo period. Even today, you can see the dignified appearance of the barrier stations, painted black with astringent ink, and experience the feeling of being a traveler in the Edo period.

Along with Arashiyama in Kyoto and Daisen in Tottori, Hakone is one of the richest areas in Japan in terms of tree species. Against the backdrop of this blessed natural condition, unique woodcrafts developed. Hakone-Yosegi-Zaiku, or Hakone Marquetry is a unique woodcraft that involves using the natural colors of various trees to create elaborate geometric patterns for small boxes and other products. The beauty of the geometric patterns using the natural colors of Hakone fascinated people, and became popular as souvenirs for travelers in Hatajuku, where travelers come and go.

Hakone is also known for the Hakone Ekiden (relay race) held every New Year on January 2 and 3, where the winning team of the outward route is awarded a trophy made of marquetry.

Hakone has a strong image as a historical hot spring town, but new initiatives are also underway. One of Japan's most famous animation works is Neon Genesis Evangelion, and Hakone is the model for the fortress city "Tokyo-3" where the story takes place and is well known as a place associated with Evangelion. In October 2019, Hakone-cho was selected as one of the 88 "Sacred Places to Visit in Japan for Anime.”

In 2020, as part of a major collaboration with Eva, large scale graphic displays were placed on train stations and buses, and various events were held, allowing many people to enjoy the world of Eva and encounter the charms of Hakone.

The town of Manazuru is in the southwestern part of Kanagawa Prefecture and is part of Ashigarashimo District. It consists of two districts, Manazuru-cho Manazuru, and Manazuru-cho Iwa, due to its historical background. The town was named after its shape on the map, which resembles a crane.

The stone is famous for its beautiful luster. It is of the highest quality and has been used in the tombstones and mausoleums of many famous people, including the Taisho and Showa Emperors, Minamoto no Yoritomo, and members of the Hojo clan. In recent years, Manazuru has been the focal point of the production of handicrafts such as nameplates, vases, and paperweights.

The view from the slope overlooking Sagami Bay to the south is said to be similar to the views seen along the Mediterranean coast of southern France and Italy and is referred to as the “Japanese Riviera.”

The Manazuru Rock Oyster Farming Project was launched in recent years as a new form of industry related to this beautiful sea. The project hopes to prevent young fishermen from leaving the fishing industry and migrating out of the region by developing a new fishing industry based on regional cooperation with the function of a regional trading company, in contrast to the old fishing industry that relied on fixed nets. The project also aims to create a regional business model that encourages exchange through products, tourism, and other activities by promoting the project in cooperation with local stakeholders and residents.

This project is the first attempt in Japan to cultivate rock oysters completely in the open sea, taking advantage of the topography of Manazuru. It is expected to grow into an industry emblematic of the rich natural environment of Manazuru Town.

The people of Manazuru, make extensive use of boats in their fishing, lumbering, and rowing industries, and have developed a festival to pray for good catches and safety at sea.

The Kifune Shrine Boat Festival is one of the three boat festivals in Japan and is designated as a National Important Intangible Folk Cultural Property. It is an event in which small boats decorated with gorgeous flower decorations, streamers and portable shrines are pulled by oarsmen across the sea and it is still beloved by the local people.

The town of Yugawara is located in the southwestern part of Kanagawa Prefecture and is part of Ashigarashimo District. It is well known as a hot spring town, and it is famous for the Yugawara Onsen, which has a long history.

This monument is located in “Manyo Park,” so named in honor of the fact that the Yugawara Onsen is the only hot spring to be mentioned in a Waka in the Man'yōshū.

Yugawara has long been a place where many great writers and artists have stayed, and where they have worked on their crafts. In the last years of his life, Doppo Kunikida wrote short stories such as "From Yugawara" and "Yugawara Yuki," and Natsume Soseki wrote his last novel, "Light and Darkness," in Yugawara. Toson Shimazaki, Ryunosuke Akutagawa, and Junichiro Tanizaki have also visited the area.

As a testament to this history, the Japanese painter Reiji Hiramatsu, who was awarded the Chevalier de l'Ordre des Arts et des Lettres in France in 2021, has been working in Yugawara since 2002.

There is a cave located to the northwest of the town called “Shitodo Cave” that is said to be where Minamoto no Yoritomo, the founder of the Kamakura Shogunate, hid from the Taira clan after being defeated in the Battle of Ishibashiyama in 1180. The cave is cool even in summer and dimly lit even in the daytime, giving it a truly unexplored atmosphere. More than 20 stone Buddha statues called the Doi Sugiyama Kannon statue group line up in the natural cave creating a solemn atmosphere, and the sound of flowing spring water, moss-covered rocks, and the cave, which is cool and dark even in the summer, make for an extraordinary experience.

The Kashima Odori, a folkloric dance traditionally performed in Yugawara, is dedicated in the precincts of the Suge Shrine in Yoshihama on August 1, prior to the parade of portable shrines. The dance is performed to ward off epidemics and pray for a good harvest and safe stone production. In 1976, it was selected as Intangible Folk Cultural Property by Kanagawa Prefecture.